API Security Scanning: How is it done the right way? 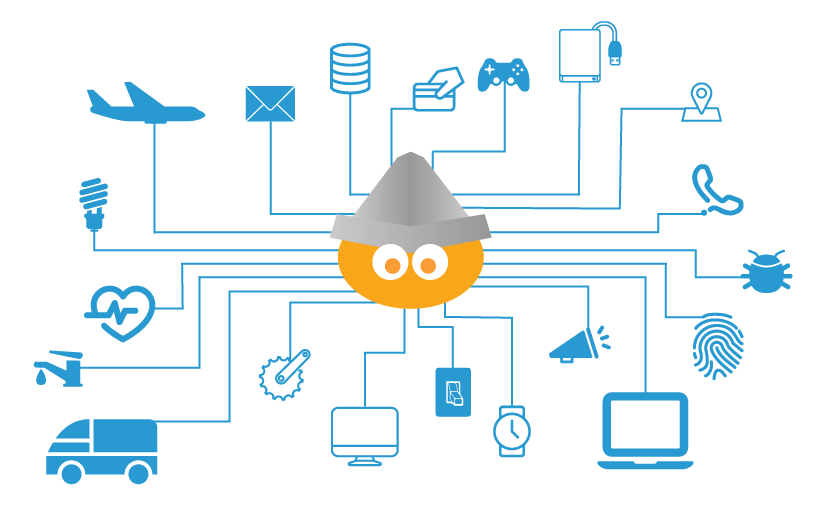 We’re excited to announce our API Security Scanner has been officially launched and is now publicly available! It’s a much needed tool we’ve been building and rigorously testing for the past year and a half, and we can’t wait to start sharing it with the world. Before we go into the details on how the scanner works, it’s important to start by discussing the problem of API security in general, and why such a tool is needed in the first place.

First, when we say API, it’s worth clarifying that we’re talking about web-based APIs such as REST APIs, web services, mobile-backend APIs, and the APIs that power IoT devices. We are not targeting lower-level APIs like libraries or application binary interfaces. This is an important distinction to make, because the sorts of security vulnerabilities that affect web-based APIs are going to mirror the same categories of vulnerabilities we’ve spent the past seven years defending against, with our web application security scanner.

Just as web applications can be vulnerable to issues like Cross-Site Scripting (XSS) or SQL injection, APIs can also fall prey to similar attacks. As always, it isn’t quite that simple, and the nuances of how these vulnerabilities are actually exploited and detected can vary dramatically between the two types of applications. In the case of XSS, for example, the difference between a vulnerable API and a secure API depends not only on the presence of attacker controlled sinks in an HTTP response, but also on the content-types of the responses in question, how those responses are consumed by a client, and whether sufficient content-type sniffing mitigations have been enforced.

Also worthy of consideration is how APIs handle authentication, especially as compared to web applications. In the case of web applications, authentication is more or less a solved problem. For the most part, the user visits a page with a login form, enters their credentials, submits the form, and gets back a cookie. There are minor variations to this -- sometimes people store the session in local storage or session storage, for example -- but for the most part, every web application authenticates in pretty much the same way. APIs, on the other hand? Not so much. At an absolute minimum, you need to account for protocols like OAuth2 (and all of its associated grant types!), OpenID Connect, and increasingly, JSON Web Tokens (JWT). Beyond that, it’s also common to layer on other security requirements, like client certificates, or signed requests. Existing web application security scanners have no concept of any of these standards, and even if you managed to get a scanner to authenticate to your API, you’re not going to have much luck coercing it into properly signing your requests.

Lastly, unlike web applications, APIs aren’t discoverable. Unless you’re one of the dozen companies in the world with a HATEOAS based API, it simply isn’t possible for a security scanner to load up your API, follow all of the links, and automatically discover all of the endpoints in that API, let alone the parameters expected by those endpoints, and any constraints required of them. Without some way of programmatically acquiring this information, API security scanning simply can’t be automated in the same way that web scanning has been.

These are all solvable problems, but they mean that a dynamic security scanner needs to be built from the ground up to understand APIs, how APIs are used, and more importantly, how APIs are attacked. This means that simply repurposing an existing web-application security scanner won’t be sufficient (which is what most other solutions currently do). With this point in mind, our API scanner is an entirely new scanning engine (written in Elixir!), built off of everything we’ve learned over the past seven years of attacking web applications.

To handle the previously mentioned authentication issues, we’ve devised a clever system using something we like to call authenticators. Essentially, we’ve distilled API authentication down to its primitives: whether that’s as simple as adding a header or a parameter to a request, or performing an entire OAuth2 handshake and storing the received bearer token for later. From there, our scanner is able to chain together all of these authenticators together, incrementally transforming unauthenticated requests into authenticated requests. Furthermore, because our scanner has such a nuanced understanding of all the discrete steps of an authentication workflow, it becomes possible to detect when any of those steps have failed, and also when any of them aren’t being honored by the server. This uniquely enables us to fuzz the individual steps of an authentication flow, providing us a powerful tool for determining authorization and authentication bypasses.

To address the discoverability issues inherent with APIs, we approached the problem the same way humans do: with documentation! As a developer looking to use a third-party API, your first stop is always the documentation for that API. Historically, this documentation has almost always been presented as unstructured text, and in a form not conducive to being parsed by software. With standards like Swagger, RAML, and API Blueprint becoming more widespread over recent years, the idea of programmatically specifying an API’s behavior is becoming increasingly popular, and this offers an exciting opportunity for API security scanning. In our experience, we’ve found that Swagger in particular is beginning to win out as the de facto standard for API documentation, and so we’ve designed the first version of our API scanner to ingest Swagger documents, and use them to build a map of an API for scanning.

Reading in documentation like this nicely solves the issue of being unable to crawl an API, but it also allows us to scan APIs with a level of intelligence that black-box dynamic web application scanning has never had access to. In most variants of web application scanning, the scanning engine crawls the application to determine all available input vectors: forms, links, buttons, really anything that might trigger some login on the client or server. From there, these inputs are fuzzed to look for security vulnerabilities. The issue, then, is that because this is entirely black box scanning, it becomes difficult for a scanner to ensure it is generating good payloads to send to the web application. By this we mean payloads that, while still being malicious, conform to the format and structure expected by the application. We could send a server every variation of SQL we can think of, but if the server is blocking our requests because they fail the first level of input validation, then we’re never going to make any progress. Our web application scanner actually addresses this very problem by examining the context in which parameters are used, in order to infer their expected structure. By sidestepping this problem entirely with API scanning, we’ve found that we’re able to more easily achieve an even higher level of coverage typically reserved for highly-skilled, manual penetration testing.

By parsing Swagger documentation, though, this problem can be cleverly avoided. Now, in addition to knowing the endpoints to scan, and the parameters on those endpoints, we’re also aware of the types of those parameters and whatever other constraints are specified in the Swagger documentation. It becomes possible for us to know that a given parameter needs to be a string, resembling an email address, of a specific length, and possibly excluding certain characters. Given all of this information, we can begin intelligently generating attack payloads that conform to various subsets of these constraints, allowing us to audit for holes in the server’s intended validation logic, while also giving a suitable jumping off point for intentionally trying to bypass that validation logic with cleverly constructed payloads.

It’s been a long road to get to this point, but we’re proud to have finally built an API security scanner that approaches the problem from a strong foundation, and with careful thought put into what makes API security scanning difficult. We have a lot of enhancements to make, but what we’ve been shipping to customers over the past year has already filled an important gap in their application security program -- especially with our ever present focus on integrating security scanning into the DevOps process. Just as with our web application scanner, our API scanner is designed to be integrated directly into the software development life-cycle, so that developers can find and fix vulnerabilities as early as possible, and often without waiting for a dedicated security engineer to get involved. We facilitate this with first-party integrations for tools like Jenkins, and also by providing a REST API that can drive the entire scanning and reporting process, from start to finish.

Security is much too important to be dealt with as an afterthought. That’s why we always strive to enable our customers push their security up the stack, so they can empower their developers to find and fix vulnerabilities before they become a problem.

Interested in setting up a demo to see for yourself? Find a time that works for you, and schedule a demo right here.

Quinn Wilton is the Grand Magistrate of Security at Tinfoil Security, and the company's resident programming language theorist. When she isn't coding in a functional language like Elixir, she's probably hacking on an interpreter for an esolang of her own, or playing around with dependent types in Idris. Security is always at the forefront of her thoughts, and she enjoys building tools which make it easy for other engineers to write secure code. Her love for security is matched only by her love for bad movies - and does she ever love bad movies.